Are Fireworks Legal in Florida in 2022? 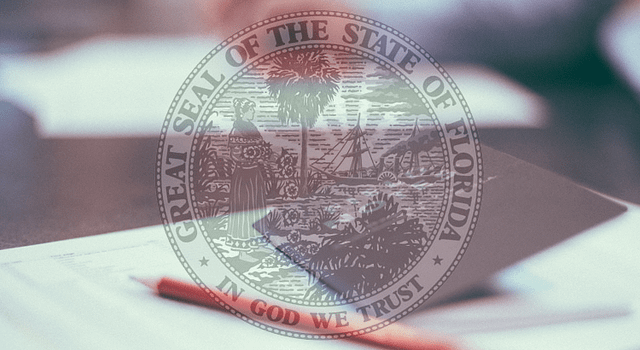 Are Fireworks Legal in Florida in 2022?

What is Classified as a Firework?

The following reference determines what is considered a “firework” and whether or not they are legal.

Fireworks are defined by statute as “any combustible or explosive composition or substance or combination of substances or, any article prepared for the purpose of producing a visible or audible effect by combustion, explosion, deflagration, or detonation. The term includes blank cartridges and toy cannons in which explosives are used, the type of balloons which require fire underneath to propel them, firecrackers, torpedoes, skyrockets, roman candles, dago bombs, and any fireworks containing any explosives or flammable compound or any tablets or other device containing any explosive substance.”
– Division of State Fire Marshal

So What is Considered Legal?

F.S. 791.01 (4)(a): “Fireworks” does not include sparklers approved by the division pursuant to s. 791.013; toy pistols, toy canes, toy guns, or other devices in which paper caps containing twenty-five hundredths grains or less of explosive compound are used, providing they are so constructed that the hand cannot come in contact with the cap when in place for the explosion; and toy pistol paper caps which contain less than twenty hundredths grains of explosive mixture, the sale and use of which shall be permitted at all times.

It further states that the following novelties and trick noisemakers are not classified as a firework and are legal at all times:

Recently, the Florida State Legislature adding in a holiday exemption, F.S. 791.08 Use during diesgnated holidays; exemption.-

This ruling does not supersede any prohibition of the use of fireworks enforced by local governmental regulations.

The exemption is valid for the following holidays:

Is There a Year-Round Loophole?

Yes! There is an exemption in Florida Statutes, Chapter 791.07 which states, “Agricultural and fish hatchery use. – Nothing in this chapter shall prohibit the importation, purchase, sale, or use of fireworks used or to be used solely and exclusively in frightening birds from agricultural works and fish hatcheries; and such use shall be governed entirely by the rules prescribed by the Department of Agriculture and Consumer Services.”

What does this mean? If you have ever purchased fireworks in Florida you probably know that every retailer requires you to sign a waiver. The waiver that you sign states you are using the purchased fireworks solely for agricultural use as pursuant to F.S. 791.07. By signing this waiver, your purchase of fireworks is legal.

Your email is safe with us.

Shoot us a message and we'll get back to you as soon as possible!